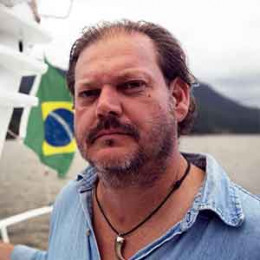 The California based author Cork Graham is an NYT bestselling author and public speaker. He was formerly a treasure hunter, combat photojournalist, and paramilitary officer who had worked with big companies like CNN, ABC News, CBS Morning Show, Vogue, The Times. Besides he has appeared in some Television and radio shows like Treasure Quest: Snake Island, Cork's Outdoors, Good Morning America, KFOG Morning Show, Myth Hunters: Finding Treasure Island off of Vietnam and so on.

Cork Graham was born Frederick Graham on November 29, 1964. Then in 1968 he and his family moved to Saigon, South Vietnam where he stayed till 1972. His father worked as an electrical engineer there.

As for his schooling, he attended the College of San Mateo where he became a member of the Alpha Tau Omega Fraternity. 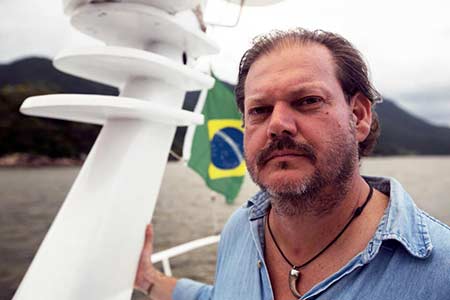 But he didn't complete college and dropped out before graduating. In 1983, he came to South East Asia to become a photojournalist and went to Bangkok to capture the conflict in Kampuchea. Due to the lack of contacts, he couldn't be a successful photographer and had to live a slum life in Bangkok with only $5 in his pocket.

Cork Graham is professionally an author who is known for political thriller and fiction novels. He was also a combat photographer. He has written books like The Panmunjom Protocol, The Bamboo Chest, Moose Hunt, Healing Hunt.

Besides he has appeared in several Television and radio shows like Treasure Quest: Snake Island, Cork's Outdoors, Good Morning America, KFOG Morning Show, Myth Hunters: Finding Treasure Island off of Vietnam and so on. 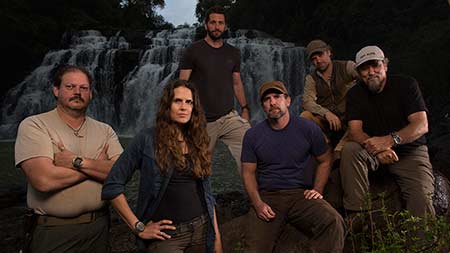 Cork Graham with his co-cast of the show, Snake Island
Source: Discovery channel

In June 2011, he became a weekly columnist for Human Events, focusing on the United States Constitution and the second amendment. During his career, he photographed, edited and reported for CNN, ABC News, CBS Morning Show, Vogue, The Times and many more.

The author turned photographer Cork Graham's net worth is not estimated. His source of earning is from his written books and memoirs. He has done photography for magazines like Vogue, Times and reported for big networks like CNN, ABC News, CBS Morning Show and so on.

Cork Graham joined Richard Knight after accepting his invitation to join him in a Treasure hunt expedition in an island in the west coast of Vietnam. But during the expedition, they were caught by the militia of the socialist republic of Vietnam and were charged for illegally entering their country and for spying for the Central Intelligence Agency.

They were kept in prison for 11 months and during the imprisonment were tortured and interrogated since they were accused of an illegal covert operation. Even after being released he still reminisced the trauma he felt during his imprisonment and wrote about it in his books. Later on, he went South to cover the civil wars in Central America and he was recruited by the CIA to work as a paramilitary operations officer.

The California based author and photographer might be married or might be in a relationship. Even after being a renown personality it's strange that there aren't any news regarding his personal life. 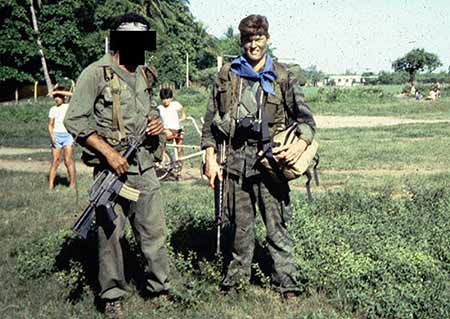 He has been through a lot in his life and has learned plenty of lessons from it. Graham after working for four years as a naval officer. He went to live alone in a cabin in Alaska where he learned the ancient skills of healing from the native Americans. After returning to San Francisco Bay Area, by using the healing skills he had studied in Alaska, he started an American Health Center to help people suffering from post-traumatic stress.

He is currently working on a new John Corbett series and is writing a novel based on mystery, horror and present times of teachings, myths, and histories of ancient America, Asia, and Europe.