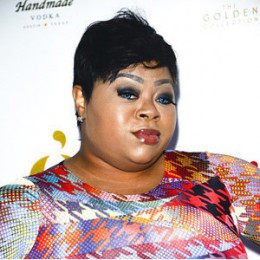 An American actress and singer best known for a role of Kimberly Ann Parker on the UPN sitcoms Moesha, Countess Vaughn is currently is in a relationship. She was previously married to Joseph James in 2002 and divorced in 2005. Countess is a daughter of Sandra and Leo Vaughn. She has cast Alexandria DeWitt on the fourth season of NBC sitcom, 227.Thugaboo: A Miracle on D-Roc's Avenue is a name of her television series.

Countess Vaughn has two children with Joseph James the couple had a son named Jaylen James, born in 2003 and daughter Aniyah Vaughn was born on 19th October 2009. The White Sistas is her current movie, has a role of London White. She has appeared in a contestant on MTV's Celebrity Rap Superstar which premiered on August 30, 2007. Vaughn has honored with a NAACP Image Award in a category of Outstanding Supporting Actress in a Comedy Series for her performance in Moesha.

She was previously married to Joseph James in 2002 and divorced in 2005.The couple had two children together.

The couple has a son named Jaylen James ,born in 2003.

She has a daughter Aniyah Vaughn born on 19th October 2009 .