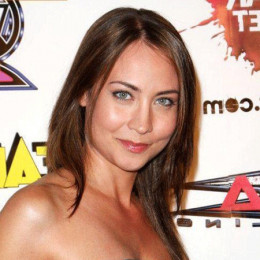 An American actress who is widely known for her role as reporter Christine Hill on Showtime's television series Dexter. She received her acting training through The Strasberg Method. She has made guest appearances in popular HBO series True Blood as Portia Bellefleur, Andy Bellefleur's sister. She has also starred in 2008 film Fling. In 2009 she was named as one of "TV's Top 10 To Watch New Faces For Fall". From ShockerFest she received a Best Actress award for her role in sci-fi movie Alien Raiders which was released in 2008.

Talking about her marital status, she is already tied in knot with her longtime boyfriend who is very popular actor. Their marriage was performed at El Capitan Ranch in Santa Barbara in presence of their family and friends. After her marriage there was a rumor that she was having an extra marital affair with a British singer but it hasn't been confirmed yet. She has given birth to one beautiful baby boy.

He is a popular actor better known as Superman Returns star. He met her when he was still working as a bartender in Hollywood. Together they are parents of one son.

He is the only child of the family. She gave birth to him when she was 34 years old.