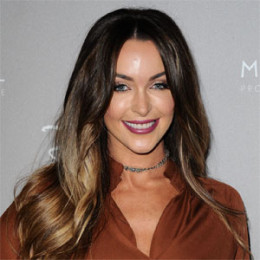 American model and blogger, Courtney Sixx began her modeling career with Wilhelmina Models. She is a brand ambassador for 'the charity Bright Pink'. Courtney once hosted an "eclectic music concert" to raise money for the charity. She is the founder of 'How2Girl', a website that offers DIY craft and entertaining tips, makeup tutorials, and interior design advice. In 2011, Sixx produced the film entitled 'Inappropriate Comedy'.

Her husband is the co-founders of the group named "London," a heavy metal band alongside Grey in 1978. In 2000, a number of the London demos recorded with Courtney's husband Sixx were included on London Daze by 'Spiders & Snakes', led by former London guitarist Lizzie Grey. In 1981, her husband Sixx founded 'Mötley Crüe' with drummer Tommy Lee. Sixx formed the group 'Sixx: A.M.' in 2006, to record an audio accompaniment to his autobiography entitled 'The Heroin Diaries: A Year in the Life of a Shattered Rock Star'.

Courtney Sixx has been married to Nikki Sixx, a musician, songwriter since 2014. Her husband is the co-founders of the group named "London," a heavy metal band alongside Grey in 1978.