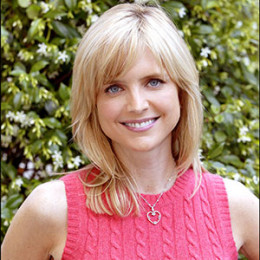 Courtney Thorne-Smith, an American actress, is currently married to Roger Fishman since 2007. She was previously married to Andrew Conrad, CEO of Verily Life Sciences. Courtney is the daughter of a computer market researcher Walter Smith and a therapist Lora Thorne mother. At the age of seven, her parents got divorced. Courtney grew up with both parents at different stages. She graduated from Tamalpais High School. Courtney is well known for her role as Alison Parker on Melrose Place.

Courtney Thorne-Smith made her feature film debut in 1986, by starring the role of Lindsey in the movie “Welcome to 18”. Courtney began having love affairs with her co-star Andrew Shue, but this love life lasted for a short period of time. She got married to Andrew Conrad on 2nd June 2000 and divorced a year later. Later she married Roger Fishman. She has a child with him.

She got married to a geneticist Andrew Conrad on 2June 2000. But the couple did not continue their marriage relationship and they got divorced on 19 January 2001.

Courtney got married for the second time to a writer and an author, Roger Fishman, on 1 January 2007. They have one child.

The couple welcomed their first baby boy, Jacob Emerson Fishman, on 14th January 2008. There is not much information about him.