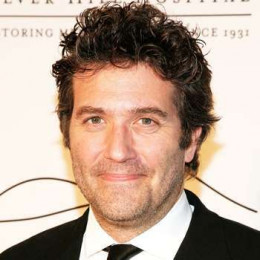 Craig Philip Bierko is a singer and actor best known for portraying Chet, a "sexy and arrogant" creator of a reality dating show in Lifetime drama series UnREAL. He began his acting career with the film Love Note in 1987. In the year 1986, he graduated from the Northwestern University earning a BS in theater arts from the School of Speech. He was born to Pat Bierko and Rex Bierko, a local community theater owner.

Accounting his personal life, he is yet a bachelor and is single at the moment. Though he is so dashing and popular he hasn't yet found that special person in his life with whom he can live rest of his life with happiness and joy. It's not like he hasn't dated anyone till date, as he once created buzz in the American media with his affair's news with some of the gorgeous ladies of Hollywood industry.