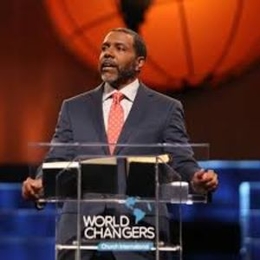 Creflo Augustus Dollar, the televangelist is the husband of author and pastor Taffi L. Dollar. Other than that, he is the founder of the non-denominational World Changers Church International based in Georgia.

Creflo Dollar is blissfully married to his long-term partner, Taffi Dollar. The couple began their love affair as a dating relationship and ended up walking down the aisle in 1988 after dating a few years. 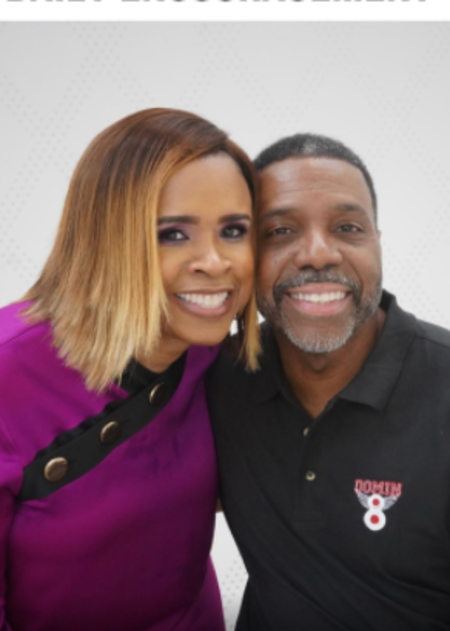 Followed by a wedding, the duo embraced a white boy Gregory Campbell (Dollar) in 1989. Gregory works at Creflo's ministry and is famous as a published author. He'd once been prone to drugs and rescued by his dad before committing suicide.

The evangelist and his author's wife went on to adopt another child named Jeremy Dollar prior to conceiving their own biological children. Creflo is a father to three beautiful kids Jordan, Lauren, and Alexandria. 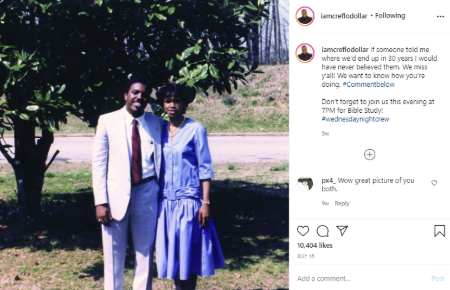 Mr. Dollar is a supportive husband and a proud father to his children. He now maintains a loving relationship with his young ones who he found parenting hard amidst their teenage years.

Laura accused her father of physically assaulting and even slapped her while dropping her on the floor. The issues and charges were dropped in 2013 after he attended an anger management course. Later on, the religious preacher was freed on a $5,000 bond. Further, Creflo mentioned he and daughter had a dispute as she didn't let her attend a party.

How Much Is Creflo Dollar's Net Worth?

Creflo Dollar, an American Word of Faith teacher and the founder of WCCI  has a net worth of $27 million. He makes millions of dollars through ministries. Mr. Dollar has built a multi-million dollar ministry on the message "it is the will of God for you to prosper in every way". 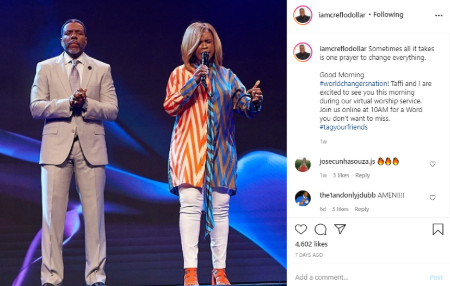 Creflo's written magazines and books such as Claim Your Victory Today, 8 Steps to Create the Life You Want, God's Purpose for the Anointing. He has published a quarterly international magazine CHANGE with 100,000 subscribers and MAX, a bimonthly resource newsletter.

Creflo, who possesses a height of 5 feet 11 inches owns a high-end estate in Atlanta, a lavish $2.5 million house in Demarest, New Jersey, and a 56-acre mansion in Georgia. He has two Rolls-Royces and a private jet.

Creflo Augustus Dollar was born and raised in College Park, Georgia to African-American parents. He earned a bachelor's degree in Education from West Georgia College, Carrolton. Followed by graduation, the father to three went on to form the World Changers Church International in his hometown.

Taffi L. Dollar and husband Creflo Dollar are blissfully married for 30 years. They are blessed with three biological and two foster children.

Jordan Dollar was born in 1990 to Taffi L. Dollar and her husband Creflo Dollar as the eldest child in the family. He has two siblings Lauren Dollar and Alexandria Dollar.

Alexandria Dollar was born in 2000 as the second child to Taffi and Creflo Dollar. She is 19 years old and has two siblings Lauren and Jordan Dollar.

Lauren Dollar was born in 2004 as the third and youngest child to Taffi and Creflo Dollar. She has a brother Jordan Dollar and a sister Alexandria Dollar.