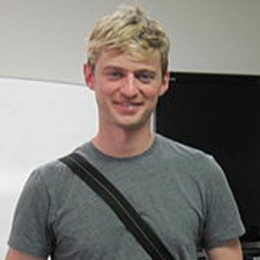 American actor, Crispin Freeman gained his Master of Fine Arts degree from Columbia University in Acting.He has provided voice-overs in many English-language versions of Japanese anime as well as cartoons, and video games. Freeman is the owner of a website called 'Voice Acting Mastery,' which podcasts and other resources regarding voice acting. Revolutionary Girl Utena is his first anime.

Crispin Freeman married Izobel Carol on 11th August 2007. He also involved in the anime voice-over industry when a friend of his landed a role in 'Peacock King'. He has voiced in many video game titles as memorable characters, such as Albedo from Namco's Xenosaga series, the god of the sun Helios.He has also stated that the reason he got into the industry was because of the anime television show entitled 'The Vision of Escaflowne'.

Crispin Freeman married Izobel Carol on 11th August 2007. He is an owner of a website called 'Voice Acting Mastery,'