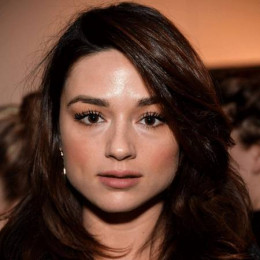 Crystal Marie Reed is an American actress. She is best known for her role in the MTV series named Teen Wolf as Allison Argent. She had also worked in a film Crush. She had completed graduation from Roseville High School. She was raised in a very conservative Catholic family. She had studied dance from an early age and was also dance captain in high school. She had also attended Wayne State University.

She is still a bachelor. She has not married yet. But she had dated some of the hot guys of the industry. From some it is known that she had dated a Teen Wolf co-star but due to some reason the couple got separated. After that it has been known that she is dating with a TV presenter. She has a very beautiful and charming personality.