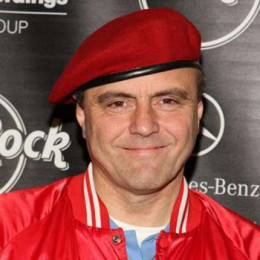 He is an American anti-crime activist, radio talk show host, media personality and founder and CEO of a New York-based volunteer patrol organization, the Guardian Angels. As a radio host, he hosted an afternoon program on New York City's WABC-AM station. He studied at Canarsie High School and after graduating, he worked as a night manager of a McDonald's restaurant in The Bronx. He was born in a Catholic family of Polish and Italian descent.

Talking about his personal life, till now he has been married two times. He was married to his first wife from 1981 till 1995. His first wife was a television reporter and radio personality. He married his second wife in 2000 and together the couple has raised a son. His second marriage lasted almost 12 years long. After getting divorce with his second wife, he dated a gorgeous lady with whom he has parented 2 kids.

She is the first wife of Sliwa, who works as a general assignment reporter for FOX 5 News in New York City.

She is the second wife of Sliwa, who is a former WABC employee who also served as the Guardian Angels' national director. The two stayed as husband and wife for almost 12 years.

He is the eldest child of Sliwa, who was born safe and healthy.

Carter was born through in vitro fertilization and his biological dad is Curtis.

Hunter was born safely through in vitro fertilization and his biological dad is Curtis.