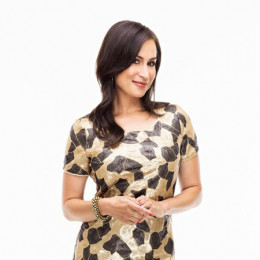 Cynthia Loyst is a Canadian talk show host and media personality who is widely popular as the host of CTV's The Social and Inner Space. She was fascinated by the entertainment industry from a very young age. She is the former host and producer of 'Sex Matters.' She holds a degree in Bachelor of Fine Arts from York University. She used to write a sex column for the independent magazine. She has already appeared in numerous TV shows like ETALK, CP24, CTV NEWSNET, Virgin Radio 99.9 FM, THE MARILYN DENIS SHOW etc. She is also the 2 time Gemini Award nominee.

The Canadian media personality was born on October 10th, 1978, in Canada. She is a Canadian national with North American ethnic background. Details about her parents are all hidden from the media.

She enrolled in York University and graduated from there with a Bachelor of Fine Arts Degree. Besides, she also admitted to York's Women/Gender Studies.

Since her childhood, she was a huge fan of cosplay. Even now, she remembers dressing up as a male character from the Stars Wars and Battle of the Planets.

Cynthia Loyst's career started with her appearances in several TV shows. She has appeared in CTV News Net, TV Ontario, The Marilyn Denis Show, and Etalk. Before being a TV host, she was also a radio host. She hosted shows in 103.9 Proud FM, 104.5 Chum FM, and Virgin Radio 99.5 FM.

Apart from all this, she has also hosted shows like Loving the Alien: Sex and Science Fiction and Monstrous Desires. With all this said, Loyst gained fame only after she started hosting the famed TV shows, The Social and Inner Space.

Cynthia worked as a host for the Inner Space alongside Morgan Hoffmann but two years later, she left the show to work for The Social. Currently, she is the host of The Social alongside other famed journalists Melissa Grelo, Lainey Lui, and Traci Melchor.

Well, before all this, Cynthia used to write a sex column for an independent magazine, Rosco. In regards to awards, she has been nominated for the Gemini Awards twice but she has not been able to win both times.

However, two years before, in 2016, Cynthia had a net worth of only a $1 million. So, it's safe to say her hardwork paid off.

While talking about her marital status, Cynthia Loyst is a happily married woman. After dating for a few years, she was proposed by her then-boyfriend, now husband, Jason in a place called, The Distillery, Toronto. The pair engaged and married in the same place in presence of their family and friends.

Together the couple seems to be happy and satisfied with each other. She is blessed with a beautiful baby boy, Jaya in 2014.  There are neither rumors about the couple getting divorced nor are there any rumors of extramarital affairs.

Professionally he works in film and television. He is a handsome guy. Together the couple is the parents of a son.

He is very cute boy. He picture with his mom can be found in different sites.