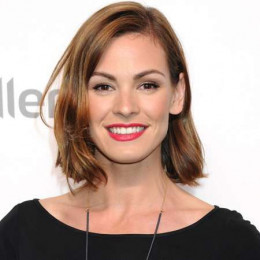 Daisy Betts Miller is an actress, best known for her roles in the American television series Person Unknown and Last Resort, in the Australian drama Out of the Blue and had a recurring role on Chicago Fire. She made her television debut playing the role of Amber on the final show of the 2006 Australian TV movie Small Claims. Before she decided to pursue her career in acting, she studied commerce and psychology.

Accounting her personal life, she is a married woman.Her husband is a professional Australian boxer with whom she has raised two children: a son and a daughter but information on them has not been made public. Detailed information about their marriage has been kept out of media's radar as well as Daisy is very conscious in terms of her family details. To know her more better we can follow her on Twitter @Daisy_Betts.

He is the one and only beloved husband of Daisy, who is a professional Australian boxer. The couple have raised a son and daughter from their marriage.