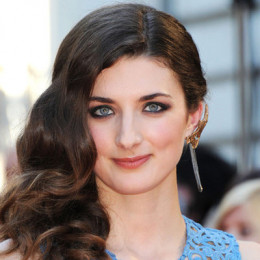 She is a beautiful English actress. She is daughter to Joely Richardson who is occupationally an actress too and Tim Bevan, who is a film producer. She completed her high school from Bedales School which is located in Hampshire. She debuted in film career at the young age of five years old from the movie named Elizabeth. She is well known for her supporting role in the movie named The Two Faces of January. She is the granddaughter to popular celebrities like Tony Richardson and Vanessa Redgrave.

Regarding her personal life, beautiful actress has not married yet. She has kept her personal life and matters away from the grasp of media. There has been no rumor and gossip of her lover. It seems like she don't want to disclose any information about her love life. It is said that her parents forbade her to pursue in acting career until she completed her graduation. When she was one years old she was diagnosed with rare circulatory related leg problem and at the age of 15 she undergo operation for that.