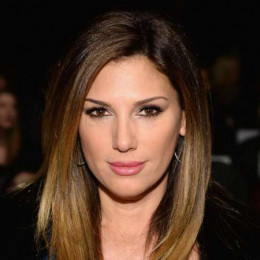 A Cuban-born American television host and model who is better known as host of America's Funniest Home Videos. She was born to Cuban father and Spanish mother. She graduated from Harrison High School. After graduating she joined cosmetology school dreaming to open her own salon. When she was studying communications at Bergen Community College she worked as weather-girl for WNJU-TV. In 1988, she worked as the host of MTV Internacional which is a one-hour Spanish language music show. She has also made guest appearance in shows like Dream On, The Larry Sanders Show, and Cybill. Currently she is working as the co-presenter of La Voz Kids on Telemundo.

Regarding her marital status, she was once married with her boyfriend who was an American actor and model. After some years of marriage there was some misunderstanding between the couple and they got divorce. She has not been biological mother yet. Beside him she has dated singer and songwriters too but all of the relationship didn't lasted long which means that currently she is single and may be ready to mingle too.

He is an actor and model. They were in marriage relationship for four years. Neither of the couple has disclosed the reason behind their divorce.