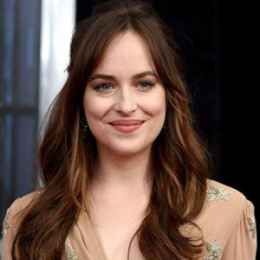 Actress and model, Dakota Johnson received international recognition in 2015 after landing the lead role of Anastasia Steele in the romantic drama Fifty Shades of Grey.Her film debut was in 1999 along with her mother in a comedy-drama named 'Crazy in Alabama' (1999). She had parts in 'The Social Network,' the 21 Jump Street remake and Fox sitcom Ben and Kate before landing her most high-profile role, as Anastasia Steele in the Fifty Shades trilogy.

Dakota Mayi Johnson well known as Dakota Johnson was born on 4th October 1989.She won Miss Golden Globe 2006; this is an award which her mother, Melanie Griffith, had won in 1975.

Johnson went to Aspen Community School in Colorado. Later she went to Santa Catalina School in Monterey, California from where she transferred to New Roads School in Santa Monica, California.

She is the daughter of Melanie Griffith, actress and Don Johnson, an actor, producer, director, singer, and songwriter. She has six half-siblings – four on her father’s side and two on her mother’s side including Jesse Johnson, Jasper Breckenridge Johnson, Deacon James Johnson, Atherton Grace Johnson, Stella Banderas and Alexander Bauer.

Dakota Johnson began her modeling career at age the age of eighteen and became the face of Mango jeans in 2009.

In 1999, she made her film debut in Crazy in Alabama, directed by her then-stepfather, Antonio Banderas.

In March 2012, Johnson landed a lead role in the Fox comedy series Ben and Kate as Kate, but the show got canceled on 25th January 2013, after only one season.

Dakota gained popularity when she landed the role of Anastasia "Ana" Steele in Fifty Shades of Grey, released in February 2015.

In the same year, she starred in Luca Guadagnino's thriller 'A Bigger Splash,' opposite Tilda Swinton, Matthias Schoenaerts, and Ralph Fiennes.

She was also seen in the 2016 comedy movie 'How to Be Single,' with Leslie Mann and her date and Switch co-star Nicholas Braun.

She later signed on to work on the independent feature film 'The Peanut Butter Falcon' with Bruce Dern and Shia LaBeouf.

Dakota Johnson dated Matthew Hitt, model and the lead singer and guitarist for the American-Welsh indie rock band Drowners.
The couple reportedly ended their relationship in 2015.

The couple split in early 2015, around the time she worked in a movie 'Fifty Shades of Grey' but reunited a few months later.

The actress does not have any plans of getting married anytime soon.