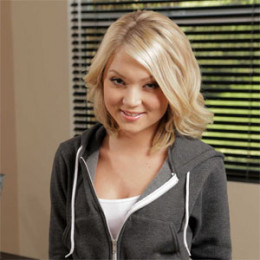 Dakota Sky is a rising actor. He began his acting career at his early age when he was only 5 years. He gained popularity after featuring in Disneyland's 50th Anniversary Celebration Kick-Off The Happiest Homecoming on Earth as a favorite character of Any Boy USA. Moreover, he also performed with Julie Andrews and other Disney characters.

The teen actor Dakota Sky was born in the United States of America. He was raised up with his older brother actor Skyler James Sendak.

Skyler has made his appearance in the several television series including Parenthood, The Middle South Park, and Bones as well. Dakota is the grandson of Rene. His grandmother inspired him for pursuing his career in acting at the age of five.

After that, Dakota Sky played the role of Any Boy USA in the eighteen-month-long celebration anniversary of the Disneyland theme park Happiest Homecoming on Earth from May 2005 to September 2006. The event was also shown throughout the world.

After gaining public attention, Sky also worked on two dozen commercials as well as some print ads. Besides, Dakota and his brother Skyler James have performed many times together.

Dakota Sky is not married yet and looks like he doesn't have a girlfriend as well. He is presently focused on building his career rather than being in a relationship.

As a rising actor, Dakota Sky has earned a good amount of net worth from his prolific career, which is believed to be more than $500 thousand.