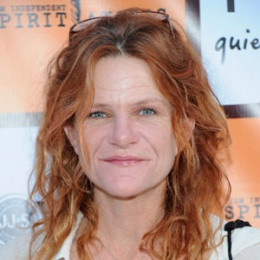 She is a television, film and stage actress, known for her recurring performances in the television shows such as Breaking Bad, True Blood, My Name Is Earl and Justified. In 1994, she made her on screen debut with a television series called "Christy". In the 2010, she was awarded with the Independent Spirit Award for Best Supporting Female for her role in film Winter's Bone, as Merab. She is the daughter of Missy Dickey and David Dale Dickey.

Talking about her sexuality, she is straight with no doubt. She is yet unmarried and there is any information regarding her relationship status till date. Being so popular and beautiful, she might have been through lots of romantic dates and breakups, but she hasn't shared any details to the media in this regard. She has managed to keep her good image in public, as she hasn't been a part of any controversy til now.