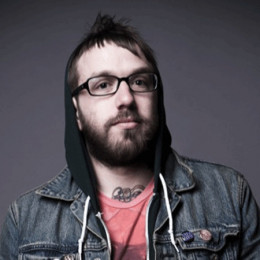 He is a Canadian musician, songwriter and vocalist, best known for post-hardcore band Alexisonfire. He releases his music under the name "City and Colour". His first full-length debuted album, "Sometimes" became Platinum certified in 2006. He studied at Denis Morris Catholic High School in St. Catharines, Ontario. By the age of 8, he has been playing guitar and writing music since he was a young teen.

Accounting his personal life, he is a married man. He married his long time dated girlfriend with whom he has been enjoying his marital relation since 2008. She is a Canadian Television host. They seem so happy and satisfied with each other's presence so there is no point on their divorce. Yet they don't have any kids. There is no any controversy related to his personal and professional life.

She is a former MuchMusic VJ and host of the now defunct show So You Think You Can Dance Canada. They were in a relationship since 2006.