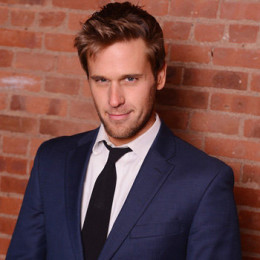 He is an actor who is known for his portrayal as Prince William of Wales in the film William & Catherine: A Royal Romance. He has made appearance in TV series like John Cusack Pilot, Unforgettable, Law & Order, Body of Proof, Inside Amy Schumer, and Person of Interest. He is a founding member of the theatre company Exit. He attended the Carnegie Mellon School of Drama. He is the son of Claudia and Dr. Donald Amboyer.

Moving on to his personal life, he is yet unmarried and is single as well, which is a very good news for all his female fans. Actually he has stayed low profile when it comes to his personal life. Till now he hasn't shared any details regarding his love life, as he is so dashing and handsome he might have dated a long list of ladies. We can stay connected to him via Twitter @danamboyer.