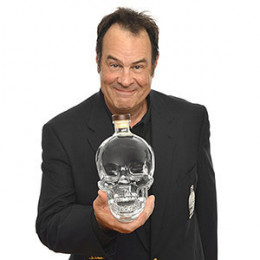 Famous dynamically as an actor, comedian, screenwriter and musician, Dan Aykroyd grew up in Canadian capital, Ottawa. His father Samuel Cuthbert Peter Hugh Aykroyd worked as a policy advisor of Canadian prime minister and his mother Lorraine Hélène worked as a secretary. He gained his first professional experience by working in Canadian sketch comedy series, The Hart and Lorne Terrific Hour. However, he gained fame after working on a late night comedy show "Saturday Night Live". He was first hired to be the writer of the show but later he got into the cast members. He founded American blues and rhythm and blues revivalist band "The Blues Brothers" in 1976 along with John Belushi. He also worked in the famous movies such as Ghostbusters series. He worked in movie direction starting with the movie "Nothing but Trouble."

Being raised in a Catholic Church Aykroyd had intended to become a priest until the age of 17. After completing high school, he studied criminology and sociology at Carleton University but dropped out before completing his degree. He is currently married with three children, i.e., three daughters. He was briefly engaged with Star Wars actress Carrie Fisher before getting married to Donna Dixon.

Dan got married to Donna Dixon whom he had met on the set of the movie Doctor Detroit. They have three children together and are still happily married.

She is the first daughter of Dan Aykroyd. She has worked as an actress in the movie Coneheads (1993). Her study is associated with English, African American Studies, and Blues History in Harvard University.

Belle Kingston Aykroyd is the second daughter of Dan. Dan named her middle name after his favorite vacation destination, Kingston.

Stella is the youngest daughter of Dan. She is famous for her photoshoots and vines.