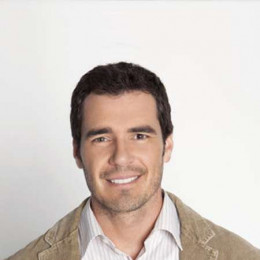 Daniel Boyd Payne is a Canadian actor, noted for his portrayal as John in the television series Alice, I Think. He also had roles in the films The Cabin in the Woods, Watchmen and Underworld: Awakening and in 2015, he appeared in the Disney TV movie Descendants. He attended the University of Calgary where he played volleyball for the U of C Dinosaurs which led him to play professionally in Holland.

Accounting his personal life, he is a happily married man and is a father of two sons. He has managed to keep his family matters out of media's radar as he is very reluctant in this matter. His current status with his wife is unknown to the media. Besides, till now there is no record of his relationship history. We can follow him on Twitter @actorDanPayne to know him better.

She is the one and only beloved wife of Dan, whose personal details has not been disclosed to the media yet.

He is the eldest son born to Mr and Mr.s Payne.

He is the youngest member in the house, who is very adorable and well mannered.