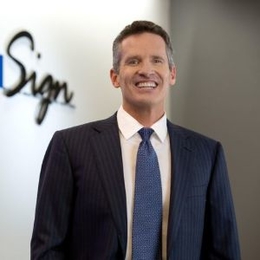 Dan Springer is a well-known American businessperson who serves as the acting director at DocuSign, Chief Executive Officer, and among the board of Shop organization and technology. Since 2017, Dan is serving as the chief executive officer of DocuSign.

Businessman Dan Springer was once married to the love of his life in the 1990s. Unfortunately, the marriage couldn't last as the pair decided to divorce in 2013. The two parted separate ways while Dan was at the height of his career. Looks like his busy career tore them apart. 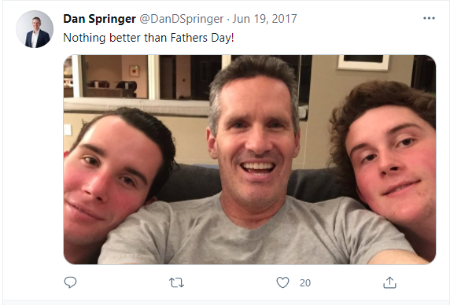 With his estranged ex-wife, Springer welcomed 2 children who are both sons. And, after the divorce to raise his teen sons who were in college, Dan left Responsys and became a full-time stay-at-home dad and focused on fatherhood. 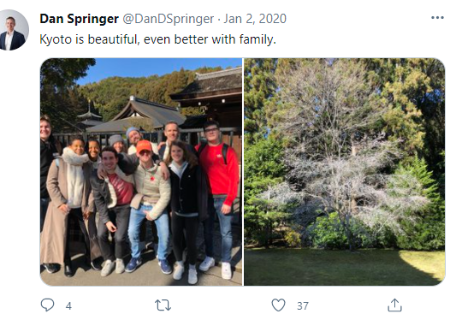 Following the divorce from his ex-wife, Dan is yet to be spotted with other women. Springer has also neither shared about his present relationship status in public. At present, he is happy to be spending quality time with two handsome sons.

From May 2015 to January 2017, Daniel worked as an Operating Partner at Advent Internationa; Corp, a private equity investment firm. From March 2004 to 2014, he served as Chairman and Chief Executive Officer of Responsys, Inc. (NASDAQ: MKTG), a marketing software company.

Likewise, Springer worked as the managing director of Modern Media Inc., a marketing strategy and services firm, the Chief executive Officer of Telleo, Inc., an internet services company, and Chief Marketing Officer of NextCard Inc., a consumer credit company. He was also involved as the board of directors for YuMe Inc, a digital advertising company in 2017.

Keep coming back to Married Wiki for more Biographies and Articles.

Dan Springer was married to the live of his life in 1990s but divorced in 2013 due to personal reasons,

Businessman Dan Springer is raising a child as a single father by himself. But, he chooses to keep the identity of his children a secret.

Dan Springer and his former wife share two children together. The former duo prefers to keep the information on their kids secretive.