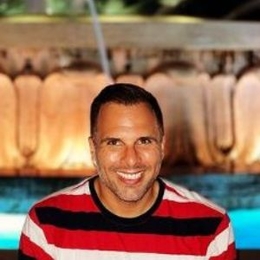 Dan Wootton is a popular UK-based reporter who works as an associate editor of a tabloid newspaper called The Sun and Daily Mail. Besides, he runs a podcast,' The Dan Wotton Interview' and isn't scared to embrace his sexuality.

Dan Wootton - Is He Gay?

Dan Wootton, back in 2013, revealed his sexuality via his Twitter account to his followers, saying that he had come out of the closet. The news reporter also took the chance to call for accepting a gay relationship. 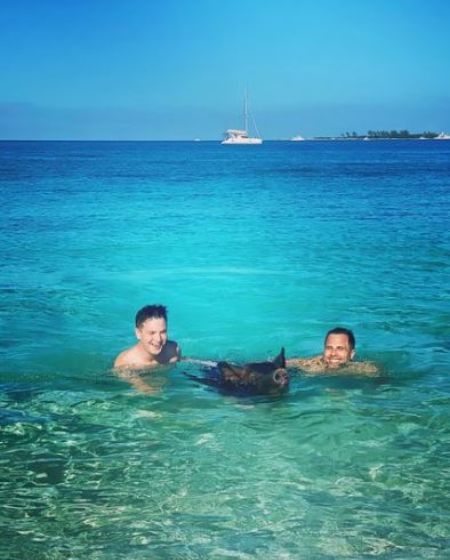 Dan Wootton was enjoying themself in the Sandy Toes, Bahamas, with his partner. SOURCE: Instagram(@danwootton)

The journalist captioned the post," I'm gay, and I believe in inequality. If the media hides gay relationships, how will they ever be normalized?" Today, Dan is quite happy with his relationship with his gay partner Alan Longair.

Who Is Dan Wotton Dating?

Alan Longair first introduced his boyfriend, Dan Wootton, on August 29, 2020. The couple started dating in mid-2020. In the early phase of their relationship, the pair never mentioned their affair to anyone. 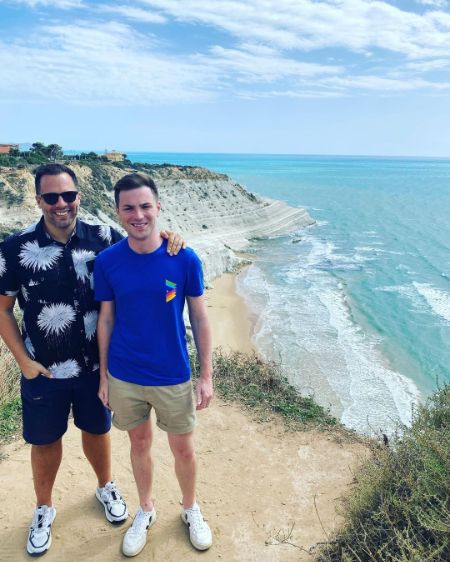 The unlikely bonding soon turned into love. On May 22, 2021, Alan made their relationship Instagram official when he celebrated a togetherness of a year.

Mr. Longair gushed with a caption, writing," Anniversary Lunchtime flies when you're having fun." The lovebirds went for a movie date in Shaftesbury Theatre the following month.

Additionally, Dan goes out on a trip to the world to the destinations like Wimbledon, Amazonico London, Susurrus Restaurant, and the Bahamas, and his boyfriend doesn't want to leave him.

On a romantic gateway in Scala del Turchi White Wall, the duo smitten while celebrating romantic rendezvous in Italy. Both don't shy away from the camera as they pack on a wild PDA.

Mostly his boyfriend lives in New Zealand, and they talk multiple times a day online. As of 2022, there is no dispute between Dan and his soulmate that hinders the in-living together the relationship of two.

Dan Wootton - One of the Prominent Journalist

Dan Wootton chased his dream as a Television reporter at the News of the World in 2007. By the time the company closed down, he had reached the position of showbiz editor.

Check out the video of Dan Wootton on GB News.

Later, Dan began the job as a writer for the lesser-known companies like Wellington-based newspaper and Dominion Post. After several promotions, Dan ventured into the job of a reporter at Now Magazine and Daily Mail. Wootton ended up as the paper's Executive Editor of a tabloid newspaper called The Sun.

What's the Net Worth of Dan Wotton?

Also, Dan runs a podcast,' The Dan Wotton Interview,' where he presents the Drivetime show throughout 2020. At the start of 2021, Dan couldn't resist to joined GB news and now presents his show Dan Wotton Tonight.

The show starts from 9 pm to 11 pm from Monday to Tuesday with loyal viewers who are part of their daily discussion. It features a panel of Megyn Kelly, Nigel Farage and Rod Liddle. An entertainment host is also part of the ITV show 'Lorraine' since 2011.

The exact figure of his networth is still undisclosed. However, some source suggests it falls between $1 million to $2 million. With his involvement in the various entertainment field, Wootton makes a considerable amount. Other than that, Caroline Flack's ex-fiance accused Dan of being murdered and a sex offender in Feb 2022.