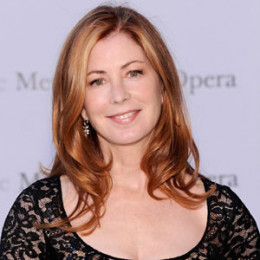 Dana Welles Delany, better known as Dana Delany is an American TV actress better known for her roles in Light Sleeper, Exit to Eden, The Margaret Sanger Story, Fly Away Home True Woman and Wide Awake. But her role Colleen McMurphy in the American dramatic television series China Beach rose her name and fame. She has received different awards and nominations like Primetime Emmy Award, Viewers for Quality Television Awards, and Golden Globe awards for her performance in the TV series China Beach.

Born on 20th September 1956, Dana Welles Delany is a daughter of Mary and Jack Delany. She grew up with two siblings: sister, Corey, and brother, Sean in the city of Stamford, Connecticut. She is of Irish and English descent.

She was passionate about acting from her childhood. She did her education from Philips Academy, Andover, Massachusetts where she played the lead role of Nellie Forbush in the spring musical production of South Pacific. She also appeared in a student video directed by her classmate Jonathan Meath.

In 1978 she got a degree in theater from Wesleyan University and started working in New York City in daytime soap opera.

Dana started working on a small screen and in 1978, she got an opportunity to play in the American soap opera Ryan’s Hope created by Claire Labine and Paul Avila Mayer. She also played the drama series Love of Life and As the World Turns.

In 1981, she shared the big screen in Hollywood horror movie, The Fan, directed by Edward Bianchi. In the movie, she played the role of saleswomen in a record store. Later, she landed a lead as Colleen McMurphy in a dramatic TV series, China Beach, created by William Broyles, Jr. and John Sacret Young.

She was placed 9th in the People’s Magazine annual 100 most beautiful list in the year 2011. The same year she hosted the fourth annual Television Academy Honors in May 2011. She has played some of the documentary films including PoliWood, Annual Victory and Louise Brooks: Looking for Lulu.

Apart from acting, she has given her voice in the animated feature movie like Batman: Mask of the Phantasm, Batman: The Animated Series, Justice League, Justice League Unlimited and Justice League: The Flashpoint Paradox.

Dana is still single and focusing on acting career. In 1981, she dated Treat Williams. Their relationship ended up after three years in 1984.

After break up with Treat, she dated John Sacret Young in 1990. Their relationship lasted for only two years and ended in 1992.

From 1993-1997, she was linked with Henry Czerny. According to the sources, she also dated American politician John Kerry and American musician Don Henley.

Dana Delany is one of the highest paid actresses in the world. She occupies the No. 1 spot on Peoples with the Money’s top 10 highest paid actress of the year 2017. She has an estimated net worth of $ 10 million which she earned from her career in acting.

She owns a lavish house in the city of Santa Monica, California, the US which cost around $6 million. She loves traveling and was on a long vacation trip to South Korea on the 27th October 2016.