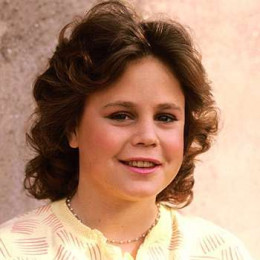 Dana Lynne Goetz better known as "Dana Hill", was an American actress and voice actress. She is known for her portrayal as Audrey Griswald in National Lampoon’s European Vacation and roles in Shoot the Moon and Cross Creek. Her breakthrough role came in the 1981 Television movie Fallen Angel. She was born to Sandy Hill and Theodore Arthur Goetz, a director of commercials.

Moving on to her personal life, she was never married and also didn't have any kids. Throughout her career, she was never seen with any guys who can be assumed as her boyfriend as she was much more focused on her career rather than being with a guy. She died sadly on 15 July 1996, Burbank, California, due to stroke after complications from diabetes.

Dana Hill was born in 1964 in Encino, Los Angeles, California, to Sandy Hill and Theodore Arthur "Ted" Goetz, a director of commercials.

Dana Hill first worked at the commercial for the YMCA in 1973. She got her major breakthrough in the 1981 made-for-TV movie Fallen Angel. She starred in the TV series The Fall Guy. She appeared in the episode "Tag Team".

Dana Hill's had an estimated net worth of $ 5 million.

Dana Hill was never married nor she dated any boyfriend. She died at the age of 32 on July 15, 1996, due to a massive paralytic stroke.