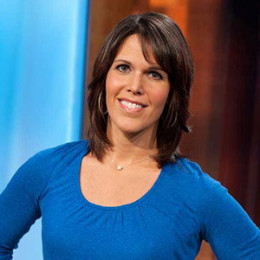 An American Sports anchor, Dana Jacobson raised in her birthplace Michigan. She attended Andover High School and later she attended the Valley High School then she completed her graduation from the University of Michigan in 1993. she started her media career working at WPBN/WTOM-TV. Dana Jacobson is currently served as a sports anchor for CBS sports, prior working at CBS; she also has worked for the ESPN.

Dana Jacobson reported on a number of stories in Northern California, such as profiles of one time Sacramento Kings players Mike Bibby, Chris Webber, and Jason Williams. She also covered a wide range of professional sports like the NFL and NBA as a weekend sports anchor at KXTV-TV, ABC’s Sacramento affiliate station. Dana Jacobson served as a sports reporter for KXTV's Monday Night Football show. Her relationship status is still single.