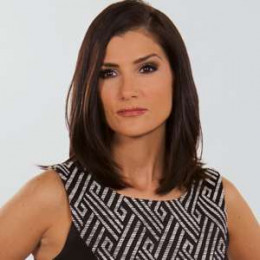 Dana Loesch, an American conservative talk radio host, television host, and an author, is currently married to Chris Loesch, a film score composer, since 2000. She has worked as a political commentator on television networks like Fox News, CNN, CBS, ABC, and HBO. Dana graduated from St. Louis Community College at Meramec before transferring to Webster University to study journalism. She is the co-founder of St. Louis Tea Party.

Dana Loesch works on The Blaze TV. She won the Accuracy In Media's Grassroots Journalism award. Dana has also written the book "Hands Off My Gun:Defeating the Plot to Disarm America". She is married to Chris Eaton who is a film score composer. As of now, there are no signs of their separation. There are no controversies or rumors surrounding her so far.

Chris Eaton is a film score composer. They have been married since 2000. As of now, there are no signs of their separation.