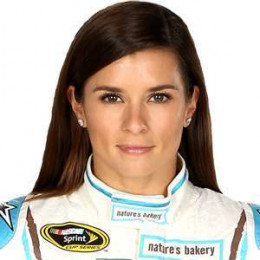 Danica Patrick is one of the most successful female racers in the history of open-wheel racing in America. She was born to Beverly Ann and Terry Jose Patrick, Jr. Danica was a cheerleader at Hononegah Community High School in Rockton, Illinois, in 1996 and also spent her off-time babysitting for a family. She started her career with go-kart racing and joined Formula Ford in Britain before returning to the US and racing in the IndyCar series.

Danica Patrick is the only woman in history to register a podium finish at the Indianapolis 500 where she secured a 3rd Place in ’09. She won in the IndyCar Series after finishing first at the Indy Japan 300 in 2008 registering her name as the first woman to do so. Danica was honored by the Rookie of the Year award for the 2005 season of the IndyCar series as well as the Indianapolis 500. She was previously married to Paul Edward Hospenthal.

Paul Edward Hospenthal is a physical therapist. They first met when he helped Danica rehabilitate from a hip injury. There were married for seven years but had no children.