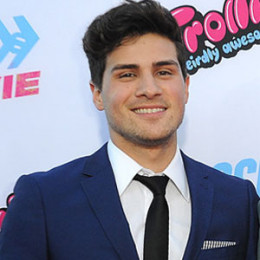 American Internet comedian Daniel Anthony Padilla, is best known as one of the two protagonists of the Smosh franchise. Anthony attended American River College in Sacramento. Anthony is also popular for his animations that he made on Newgrounds in early 2003.He is a producer and writer popular for Smosh: The Movie (2015), If [Blank] Were Real (2009) and Smosh (2005). Along with Ian, the two made their official acting debut in Smosh: The Movie.

From 10th October 2010 to November 2014, Daniel Anthony Padilla was in a relationship with (and engaged to starting 29th June 2013) Kalel Cullen,a YouTuber. They announced their split on 4th December 2014.He is now dating Miel Bredouw. They date in May 2015.Daniel is the founder of Smosh Productions also plays the voice of Hal in 'The Angry Birds Movie'. Along with Ian, the two made their official acting debut in Smosh: The Movie.