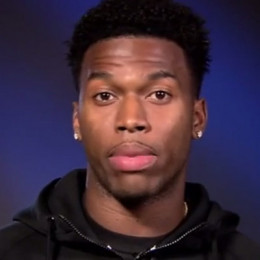 Daniel Sturridge is an English professional football player who started playing football at the mere age of 6 joining to his local club Cadbury Athletic. He was spotted by the Youth Academy of Aston Villa and moved to the club after a year. He made his professional debut from the club Manchester City in the year 2006. He is currently playing for the English clubside Liverpool and also in the England national football team as a striker wearing jersey number 15. His current salary is 3.38 Million GBP.

He is a young man. He has never been married. He has maintained his low profile relating to his personal life. He does not want to talk about his personal affairs in public. However, he was spotted in Miami beach with his girlfriend before the FIFA World Cup and the couple revealed their relationship at the Mulberry's London Fashion Week after-party.

Daniel Andre Sturridge was born on 1 September 1989 in Birmingham, England.