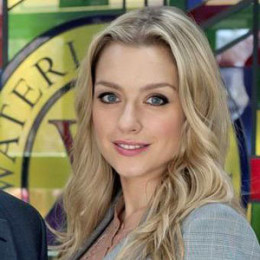 Daniela Denby-Ashe is an English actress. She had her big break in 1995 when she landed her role as Sarah Hills in BBC soap opera called East Enders which she played until 1999. The next year, she got the role in BBC sitcom My Family as Janey Harper. She began studying ballet at the age of two and tap at a later stage; from the ages of 10 to 16, she attended several stage schools including Corona Academy. She appeared in many television commercials as a child actor.

She has not revealed whether she is married or has any husband. As she has maintained her profile low, there is also no news found regarding her dating and affair history. She has more than thousands of followers on the Facebook and Instagram accounts. She is also active on the Twitter page, so to get in touch with her personal life we can follow her on the address https://twitter.com/danieladashe.