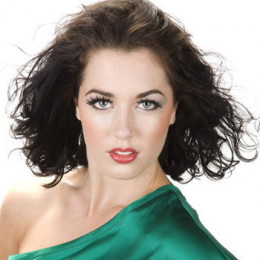 She is a beautiful and gorgeous American actress,Yoga and Fitness instructor, Dancer and Model who is best known for starring in popular movies like Center Stage: Turn It Up, Sucker Punch and Percy Jackson & the Olympians: The Lightning Thief. She has also starred in TV show named Alice which was aired during 2009 - 2010. She has also made guest appearance in television show named Center Stage: Turn it Up.

Exploring her personal life, she has not married yet. Talking about her relationship status there has been no report of her dating anyone nor she has revealed any information regarding her boyfriend. It seems like she is kind of person who don't like to share her private life to media and public. She is regularly update her picture in Instagram and her fan can follow her in her account @danielasarahdib to view her recent pictures.