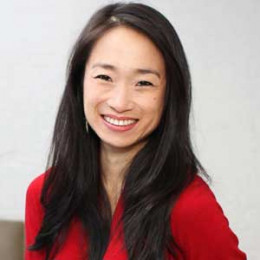 An Asian-America lady, Danielle Chang is known from her joint venture, Lucky Rice that provides different Asian food recipe. Her cookbooks are listed top position by The Opera Magazine and also listed as Cookbook of the Week. Chang is the founder of Lucky Rice Festival with the presence of more than 65000 people. Chang is also best known as the host and creator of Lucky Chow, a PBS series about Asian food culture.

Danielle Chang was born to Jason Chang and Richard Chang in America and is of Asian ethnicity. She is from the family of business background as her father is a Taiwanese/ Singaporean billionaire. She graduated from Columbia University in NY, US.

From the very early age, she was interested in Asian culture and its food. She wanted to make the world know about the Asian food and its culture. Chang was inspired by her parents to build her career in food industry.

Moreover, she is an equity sales associates for Goldman Sachs in Hongkong. Chang also appeared as the US head of Assouline, French advertising agency that published luxury books, founded by Matin Assouline and Prosper Assouline. Furthermore, she appeared as a chief executive of fashion house Vivienne Tam.

Later on, she launched her own venture named, Luckyrice. This venture (book) is mainly launched to flourish the Asian culture all over the world. The media and events company centered a weeklong Asian food and culture festival including the famous chefs like- Davis Chang and Jean-Georges Vongerichten. More than 65000 people attended the festival and generated more than $1 million revenue.

Chang has not revealed much of her personal information to the public. In Instagram also she has not posted any pictures with any guy that could be her possible boyfriend or husband. So, she might be single in current days.

She is very passionate about cooking. Chang converted her long time hobby of cooking to her only aim in life. She is dedicated towards her career.

As Daniella is involved in many organizations and also an entrepreneur, from which she might earn a handsome amount. According to her photos, it seems that she is having a high profile life and also prefers branded clothes.

Danielle might live a lavish life as her father is also a billionaire with the net worth of $2.4 billion. Her venture once organized an event from which she collected the revenue of $1 million.