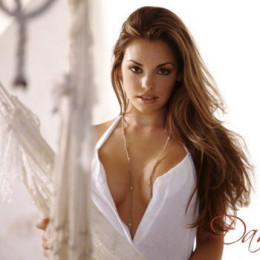 Danielle Elizabeth Gamba is a professional model, dancer and former NFL Cheerleader. As a model, she has appeared on Playboy's Cyber Girl of the last week of June 2004, Cyber Girl of the Month for October 2004 and was named FHM magazine's "International Honey". From San Francisco State University, she earned a bachelor's degree in Apparel Design. She is of Italian and Spanish descent.

When it comes to her personal life, she has stayed a bit of low profile. It is unknown whether she is married or is yet single as she isn't that friendly with the media regarding her personal life. According to the source, it has been reported that once she was in a relationship with a professional American baseball player after that there is no record of her affairs till date. We can check out her images on Instagram @danielle_gamba.