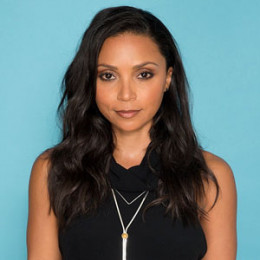 Danielle Nicolet is an American actress best known for her role on television. She has earned enormous recognition from her notable works in several movies including Loaded Weapon, The Jacksons; An American Dream, Where Truth Lies. Danielle has also voiced in many video games. Danielle is a huge fan of sports, and her favorite director is Billy Wilder. She is known for her cute smile.

Danielle born on November 24, 1973, in Ohio, USA belongs to African-American ethnicity. She later migrated to Southern California with her family to train in gymnastics, but due to her bad knee, she went to pursue acting as her career. She was always interested in acting and has been acting since 16.

Danielle started her career from her recurring role on the ABC sitcom Family Matters in 1990s. After that, he has played many television series such as Second time around, Heartland and much more.

Danielle played the leading role of comedy-drama series of TV One, Born Again Virgin from 2015 to 2016. Danielle made her debut in movies in 1992 with the movie The Jacksons: An American Dream.

Nicolet most recent film is Deidra & Laney Rob a Train where she played the role of Marigold. She also featured in the famous TV series The Flash for seven episodes.

Apart from movies and series she has also featured in video games such as Tom Clancy's HAWX 2, GTA V, Mortal Combat X, Saints Row IV and much more.

Talking about her relationship status, being so famous, she is reportedly single and not dating anyone. The rumor of her boyfriend and relationship are barely seen in social media and tabloids. Her fans suspect that she enjoy keeping her personal life low profile and far from media.

The beautiful actress Nicolet has an estimated net worth of around $500 thousand. She earned much from her acting career. Apart from that she also earned from featuring in video games.