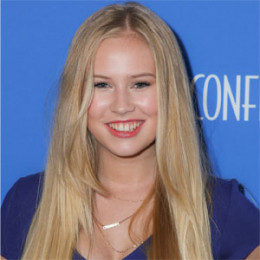 American actress, Danika Yarosh is the daughter of Victor, a former member of the United States Air Force and Linda Yarosh. She has won the role of ballet dancer Karen in the 2009 Broadway production of "Billy Elliot" at the Imperial Theatre when she was 10 years old. Danika appeared in the Showtime series, 'Shameless', and in the NBC series 'Heroes Reborn'.

Danika Yarosh starred opposite Tom Cruise in 'Jack Reacher: Never Go Back; (2016). She also plays Caroline "Line" Found, a star Iowa City West High School volleyball player, whose team went on to win the state championship after she was killed in a moped accident. Yarosh also appeared in the 2012 film, 'The Color of Time', starring with Mila Kunis and James Franco, playing the first love of poet C. K. Williams. No much information is made avail regarding her personal life, like affairs, relationship, dating or boyfriend.