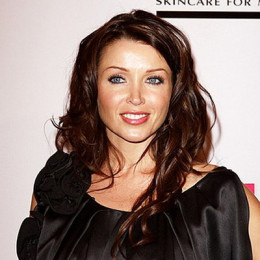 An Australian singer, songwriter, actress and radio and also TV presenter whose career started with her soap career at the tender age of 7 via Australian television channels. Her father Ronald Charles Allano Minogue was an accountant and her mother Carol Jones was an dancer. She was raised on Surrey Hills, Melbourne by her parents and she is the youngest children among her three siblings three. In 1989 she started her career by signing contract with Australian-based Mushroom Records. Her first album "Dannii" turned huge success and it charted in number 24 on the Australian albums chart. Beside singing she has also starred in the role of Lady Macbeth in the play of Macbeth. Recently she has announced launching her own petite clothing line targeting Australia. She was announced Style Ambassador for Westfield Australia in 2015.

She was heavily criticized after she commented the contestant, Danyl Johnson was bisexual during series 6 of The X Factor. Exploring her personal life she has long list of her relationships and unfortunately they had all been a huge failure. She was first married to an Australian actor but after four years she got divorced. Her divorce got more famous after she commented that her her nude modelling was to get over her marriage breakup. That nude photo shoot for the playboy magazine changed her fortune and she became popular overnight. Again in 1999 she got engaged with french formula one driver but their relationship lasted only for 3 years and they got separated. She has one son from the relationship with her ex-boyfriend who was ex-professional rugby league player.

He is an actor and also son of a former Australian prime minister. Their marriage didn't lasted more than a year. She didn't gave birth to child from this marriage.

He was born from her English model and ex-professional rugby league player boyfriend. He weighed in at 8 lb 3oz when he was born.