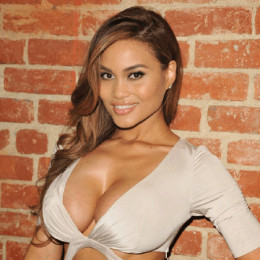 Daphne Joy can be introduced as a sexy and an elegant model, actress as well as a fashion keen. She has also launched her own fashion line in 2015. She has numbers of acting credits among which the notable ones are Pirates of the Caribbean: On Stranger Tides and Frankenhood. She has also made an appearance in a music video of Colby O'Donis called "What u Got". The song features Akon too. She has an amazing figure making her a well demanded model in the industry.

Daphne Joy is possibly single at the moment but previously, she was in several relationships. She first dated Tyrese Gibson in 2011 but broke up later.

Then, Joy has a romantic affair with rapper 50 Cent which makes her immensely popular among audiences. The couple, however, split in 2012 after dating for a year. They share a son, Sire.

The actress was in a relationship with Jason Derulo from 2015 to 2016. Reportedly, she dated Peter Nygard for a brief time.

Daphne Joy possesses an estimated net worth of $1 million. She accumulated a good sum of the amount from her career as an actress and model.

Daphne Joy was born on January 8, 1987, in Olongapo, Philippines. She holds Filipino nationality and belongs to the Puerto Rican ethnicity/race.

Sire Jackson is child to Daphne and 50 Cent. The couple is no longer together though and Sire is being raised by his mother.