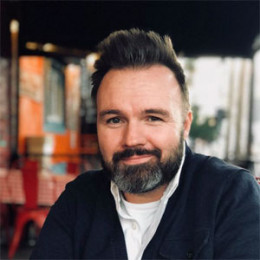 Darren O'Hare is former US Intelligence Analyst from Long Island, New York. After completion of his service, he is now a famous American actor, writer, and behind the voice actor for different video games. He is most famous for his performance in People Like Us and Beautiful Boy.

He also has worked along with world famous wrestler Triple H in the movie The Chaperone. He runs his own website and currently he is more active in writing. He owns script credit for various TV series like House Husbands, Groomzilla and The Mechanics of Love.

Darren O’Hare was born in Long Island, New York. He was raised by his parents in the city. After completion of his education, Darren decided to join the army. He then joined US Army as an Intel Analyst.

He had a good service career and shortly excelled his position to Counter-Intel Agent. During the recruitment, he traveled across different part of the nation. He also served as a Joint Task Force with the Department of Defense. 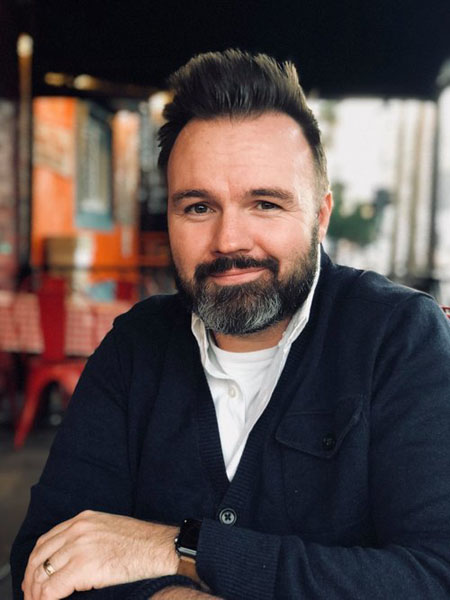 Picture of Darren posing for his personal website
Source: Darrenohare

He has undertaken various clandestine operations in his military career. In order to excel in those operations, Darren started taking acting course and lessons from his inside coach. From that point of his life, he started developing an interest in acting, performances, and voice-overs.

He completed his service in the military. He then decided to pursue his hobby and turn into a professional career. With the motive of doing films and TVs, he moved to Los Angeles. He started consulting various agents to uplift him into the entertainment industry.

Darren made his first Hollywood debut in 2010. He appeared in Shawn Ku directorial indie drama film Beautiful Boy. He portrayed the character of Church Pastor in the movie. He had a small role but that movie got him exposed to many other producers and directors. Also, his performance was appreciated and the movie has a total of 6.6 IMDB rating. 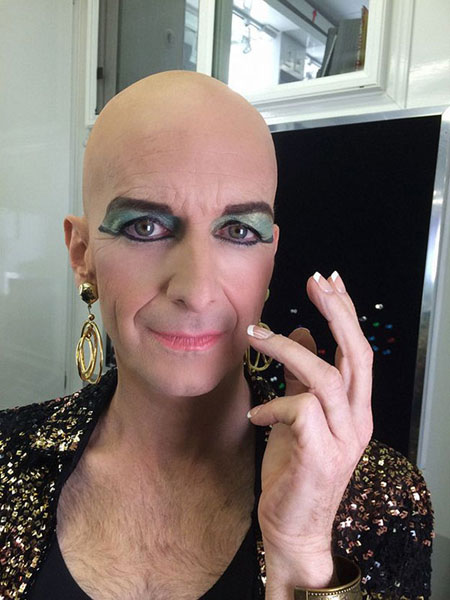 In 2011, he landed a major role in the Stephen Herek movie The Chaperone. In The Chaperone, he played as Augie sharing screen with world-famous wrestler champion Paul Levesque commonly known as Triple H. The movie didn't perform well in the box office but still pushed Darren to new heights in Hollywood.

Later in 2011, he got the golden opportunity to work in the biggest hit of the year, Transformer: Dark of The Moon. The action sci-fi movie got 3 nominations in Oscar and made a huge box office collection. Darren played the character of the berated scientist in the movie and his performance was well appreciated.

Also, in 2012 he appeared as a telemarketer in the comedy-drama People Like Us. He had a funny part in the critically appreciated movie that had the IMDB of 7.1. With all this, he made himself a good notable actor in the industry. 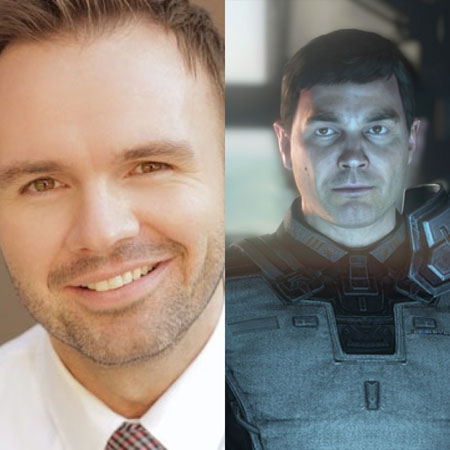 Lately, he is more actively involved in video games providing his unique strong commanding voice. He provided the voice of Thomas Lasky in the famous sci-fi action video game Halo 4. He will also lent his voice in the new version of the game Halo 5: Guardians.

In 2015, he provided his voice for Lego Dimensions. Recently, he did the voice of Brock Rumlow in 2016 video game Lego Marvel’s Avengers. Currently. he has been writing the script for a number of Television Series. In 2017, he has writing credits of two series, The Mechanics of Love and Groomzilla.

In his short career in the industry, he has succeeded to earn a good fortune. His wealth is growing rapidly in the last years and his updated net worth is approximated over $800,000.

Besides luxurious cars, he also has good interest in heavy motorbikes. Recently, he has uploaded his twitter profile with the picture riding a bike. He is also earning as a scriptwriter in different TV series. Generally, TV series scriptwriter earns $3,500 per week. 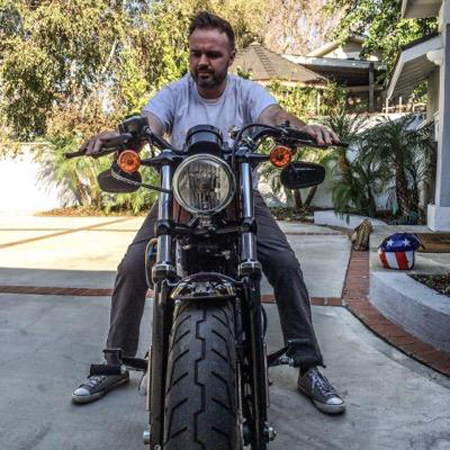 Darren profile picture on Twitter, posing with the bike.
Source: Twitter
Moreover, he earns a large amount of money from video games like Lego Marvel’s Avengers, Halo 4 and 5. Normally a voice-over actor for the video games earns more than $2,000 an hour. But, Darren surely earns more than that as he is one of the best in the business. He also produced a TV series in 2012, named House Husbands.

Other notable income of Darren is from his movie of 2011, Transformer: Dark of The Moon. The movie grossed $1 billion at the box office. And, he is rumored to earn a good salary of 6 digits figure.

Talking about his previous career income, Darren is decorated former US military Intel Analyst. A normal Intelligence Analyst at US Army makes $44,109 per year. He also got post service facilities from the government.

He has not been in any gossips and made a clean Hollywood career without any links and affairs. He is also considered to be married and is also a father to 3 children.

Information about his family and wife is not still flashed and Darren prefers to live a quiet life without flaunting much in the media. He believes to take career and family in the separate molds and doesn't want to interlink them.

He has a unique taste in clothing too. Despite going for high fashioned suits and wears, he finds himself comfortable in normal Tees and Jeans.

He officially has a website where he uploads his works and shares his blog on different topics. Darren also enjoys writing and has shared many articles on his website. Lately, he is also active on Twitter.