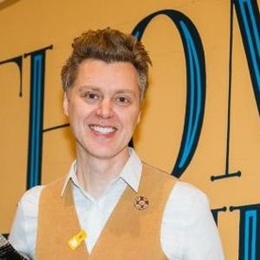 Darrick Wood is an American curriculum developer, teacher, radio host by profession. Like few people who tend to get to public and media attention, Darrick is one of the who he came to limelight after marrying a well-known figure in the US.

Who Is Darrick Wood's Spouse? Does He Have Kids With Her?

Darrick Wood is a happily married man with his wife, Damaris Phillips. His partner Damaris is an American chef and television personality. 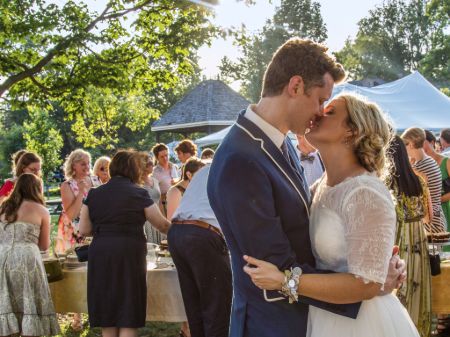 Darrick Wood is married to celebrity chef Damaris Phillips since 2015.

The two first met at one of their mutual friend's wedding and stumbled upon each other. They shortly began dating, which made them closer.

A few years later, Darrick walked down the aisle with his celebrity wife in the presence of his close ones at Willow Park in Louisville, Kentucky, on June 13, 2015. The grand wedding ceremony was attended by some more than two hundred guests with, of course, a variety of food items on the menu.

Since their wedding, the duo has been living a blissful life in the company of one another. The couple, however, do not share any children yet. Both of their busy schedules might be the main reason why they do not want to shoulder the responsibility just yet.

Unlike others who celebrate their wedding anniversary by cutting a cake or having a party, the pair commemorate it in a unique way. Every year on their anniversary, Darrick and Damaris goes to their wardrobe and puts on their wedding outfits and recommits to one another by exchanging the vows. 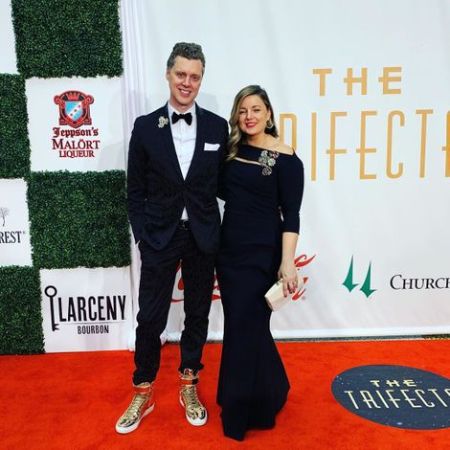 Damaris revealed the reason for doing it is because they met at their friends Regan and Brad's wedding who also do the same and so they do the same as well.

Darrick is often active on social media and usually posts pictures and videos with his lovely spouse on it. There seems to be a good relaitonship between them; hopefully, they can maintain that bond in the future.

The celebrity husband works as a Speed Art Museum at Gallery Teaching Manager, Curriculum Developer at Discovery Education, hosts a radio show "Inside A Question" on MXOX,  etc. He is sure to make a hefty sum from his works.

Wood's beautiful wife, Damaris Phillips, is not only a well-known chef in the country, but she is also quite wealthy. The Season 9 Food Network television series "Food Network Star" winner holds a net worth of $3 million.

Darrick Wood is in marital relaitonship with his wife Damaris Phillips. His wife is an American chef with whom he tied the knot on June 13, 2015.