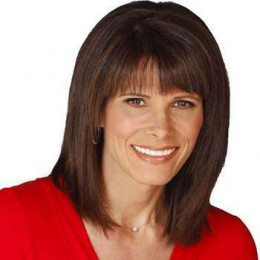 Daryn A. Kagan is an American broadcast journalist, best known for her work with CNN. She served as a CNN main anchor and correspondent based in CNN's world headquarters of Atlanta, from 1994 to 2006. In 2008, she won the Gracie Award for Outstanding Documentary for “Breaking The Cruise” and also won the Interactive Media Award for her website, DarynKagan.com. In 2007 she produced her own TV show.

Accounting her personal life, she is yet unmarried and also does not have any kids as well. It seems like she hasn't found that special person with whom she can have a blind trust and live rest of her life with happiness and joy. In 2004, she was in a romantic relationship with an American Radio personality but something went wrong and they broke up in 2006. We can stay connected to her via Twitter @DarynKagan.