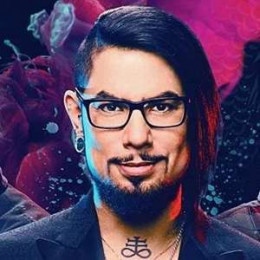 Dave Navarro, aka David Michael Navarro, is an American guitarist, actor, and singer-songwriter well-known as the co-founder of the alternative rock band "Jane's Addiction," established in 1985. Dave was also a former member of the Red Hot Chili Peppers, with whom he released one album, "One Hot Minute." His name has been associated with several ladies throughout his life.

Musician Dave Navarro had linked with many ladies in the past but has been married thrice; he first married his longtime girlfriend Tania Goddard (celebrity tattoo artist) in 1990 and divorced in 1993. His second marriage was to Rhian Gittins (Canadian national) on October 15, 1994, and they divorced on October 20, 1994.

Likewise, his third wife, Navarro, is model and actress Carmen Electra; the couple wed on November 22, 2003, and divorced on February 20, 2007. Currently, he is possibly single like Victor Webster. Navarro struggled for years with an addiction to drugs and alcohol. 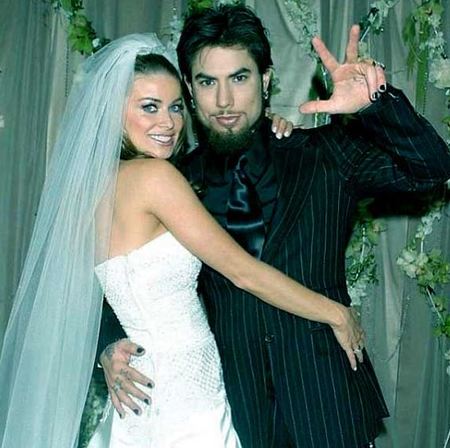 On the other hand, Dave and Carmen's fairytale relationship was also telecasted by MTV with their show called Til Death Do Us Part: Carmen and Dave. The reality show ran for seven episodes, had its first and only season aired in 2004.

Navarro, however, claimed he was still on good terms with his third wife and that the divorce happened on mutual agreements. The musician further stated the two were still best friends and were helping each other go through the split. 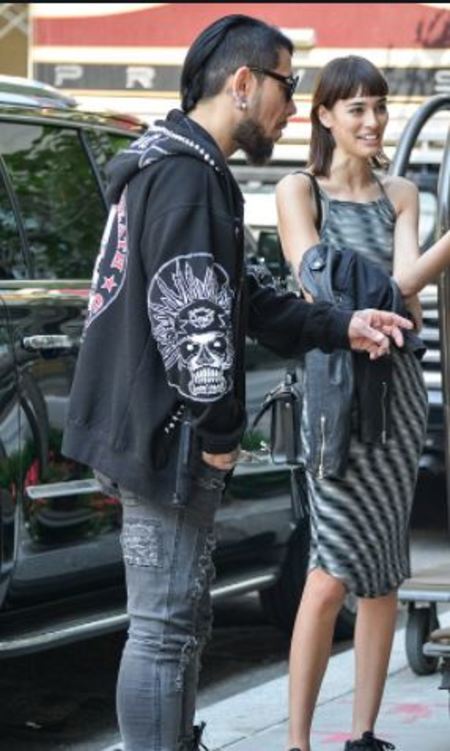 Likewise, Navarro was then romantically linked to his former girlfriend, Andrea Tantros, a conservative political commentator who previously worked for FOX News. Dave and Andrea were united in 2015 after they met through a mutual friend. However, their romance didn't last either. However, they had not disclosed the reason behind their separation.

Meanwhile, Dave shared no kids with either of his former wives. However, a funny incident happened when Navarro had to decline a rumor about a famous TikTok musician who claimed he was the son of a renowned guitarist. Nicky Nightmare, a creator on the biggest video sharing platform, also claimed his father goes by the same last name as Navarro. But, after Dave replied he had never heard of Nicky, the rumors were debunked.

On the other hand, failed marriages are not the only ups and downs this musician had to endure.

In March 1983, the mother of Dave Navarro and his aunt was brutally murdered by John Dean Riccardi. Riccardi, who was only arrested in 1991, was the former boyfriend of Dave's mother.

Dave appeared on America's Most Wanted, where he disclosed that he was supposed to be with his mother that night the event took place but changed his mind and stayed with his father. The murder of his mother and aunt drove Navarro into an addiction to drugs. Dave also released a documentary called Mourning Son on the death of his mother.

What is Dave Navarro's Total Net Worth?

Musician Dave Navarro, one of "alternative rock's first true guitar heroes," is also known as a former band member of the "Red Hot Chili Peppers." He has also been a band member of Jane's Addiction by-product bands, "The Panic Channel" and "Deconstruction." Navarro also released one solo album, "Trust No One," in 2001.

Navarro, indeed, had been interested in music since his early days. Not to mention, Navarro was a part of a band with Stephen Perkins during his school days. And over the years, Dave has also worked with Guns N' Roses and Alanis Morissette and later formed Deconstruction and The Panic Channel.

Dave has also worked as a host for the TV Series Rock Star: Supernova, released Broken, an adult movie that features actress Sasha Grey. Through the years, from his music career, Dave is expected to have accumulated a net worth of more than $20 million, similar to American actress, AudreyTautou's. Moreover, he also makes money from his endorsements, including Spike App, Joyful heart foundation, Safe Horizon, Gap, and Citibank.

Dave Navarro first married Tania Goddard in 1990 and divorced in 1993. They were together for three years.

He then married Rhian Gittins on October 15, 1994, and divorced on October 20, 1994. There is no information about their children in social sites.