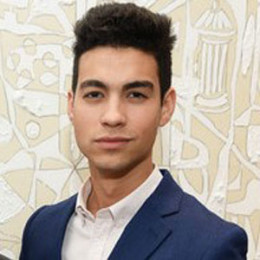 A Brazilian-born American actor Davi Santos is recognized for his portrayal of Sir Ivan, The Gold Ranger on the TV series Power Rangers Dino Charge. He is the screenwriter and star of 2012 short film The Cure, which opened at the Cannes Film Festival.

Devi Santos was born on February 1, 1990, in Rio De Janeiro, Brazil but grew up in Astoria, a neighborhood in the northwestern corner of Queens, NewYork.

He did Martial art training since the age of 8. He is Dan Blackbelt holder in Shotokan Karate.

Devi began his career appearing in a play at the beginning. In 2012 he starred in the short film The Cure. The film was world premiered at Cannes Film Festival. He then appeared in ABC comedy series Don’t Trust the B---- in Apartment 23 followed by American sitcom Mr. Box Office for two seasons.

Likewise, Santos made an appearance on an array of series like ABC Family’s Switched at Birth, Mystery Girls, Nickelodeon’s How to Rock and Chasing Life.

Later in 2014, Davi got an opportunity to perform in Power Rangers Dino Charge for two seasons which raised his fame to prominence level.

He was cast in the film Something Like Summer in 2015. In the same year, he was seen in the film Adrift produced by James Manos Jr. alongside Lauren Velez and Tony Plana. His latest work is Polaroid the film released in 2017.

Davi may have a girlfriend, but due to his secretive nature, no information regarding his private life is known. As of now, the handsome actor Santos is possibly single.

The 27-year-old actor Santos must have earned a good amount of salary from his work in different TV shows. But the actual figure has not been revealed.