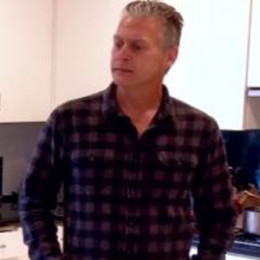 David Beador is an American business owner and entrepreneur, owner and founder of Beador Construction Inc. He is also known as the ex-husband of Shannon Beador, The Real Housewives of Country's star.

Beador was born in 1965 in U.S.A. He is of white ethnicity and holds American nationality. He is a graduate of the University of Southern California.

In 1996, David Beador founded a company with his father, and currently, the company has more than 80 staffs. According to reports, Beador's company has an estimated $13 million revenue every year.

Beador Construction Inc. is focused on building a street, highway, and bridge infrastructure construction. The company on average makes $750,000.

He became a known face after his marriage with the reality star Shannon Beador.

The entrepreneur and business owner, David Beador married Shannon Beador, well known for her appearance in 'The Real Housewives of Orange County, on 16th September 2000.

The couple has three daughters together, twins Stella and Adeline ( 12 years), and Sophia (15 years).

Shannon Beador and David Beador participated in RHOC to work on their marriage after she afound ou about David's eight-month-long affair. But later the couple patched up their relationship and renewed their vows in 2016. The pair, however, couldn't work things out, which could be seen in the season 12 of RHOC.

When we filmed the reunion we had been separated for five weeks and there was a part of me that thought finally getting it out there would be a sense of relief, but in actuality, it made it official and it made it real so I've been having good days and bad days.

Though the pair separated, they remain on good terms for the sake of their daughters and even have a weekly dinner to keep things running smoothly for the family.

David Beador earns a decent amount of money from his business. His own company Beador Constrction Inc. makes $750,000 on average for each project, and the company makes $13 million annually in revenue.

David Beador married Shannon, the reality star. The stayed together for seventeen years and have eventually decided to separate.

She is the eldest of three children of Beador and Shannon

Stella is one half of the twin.

She is another half of the twin.