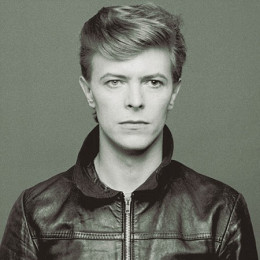 David Robert Haywood Jones commonly known as "David Bowie" is a singer, songwriter, multi-instrumentalist, record producer, arranger, and actor. He is the son of Margaret Mary, who worked as a waitress and Haywood Stenton Jones, a promotions officer for Barnardo's. In the year 1999, he received an honorary doctorate from Berklee College of Music. He won the Saturn Award for Best Actor for his performance in the movie The Man Who Fell to Earth.

Talking about his personal life, till now he has been married twice and with both of his wives, he has raised one child each. His first marriage lasted ten years long and due to some complications in their relation they got separated. He currently is having a great time with his second wife and there is no any sign of their divorce. He was in controversy for the video of his song "The Next Day". Looking at his past affairs, there is a long of his girlfriends.

She is the first wife of David who by profession is an actress. The couple together has raised a son.

She is a beautiful actress and producer. Before marrying David, she has been married two times before.

He is a film director and now he is known as Duncan Jones. He married Rodene Ronquillo.

She was born safe and sound. Her images can be viewed on the internet easily.