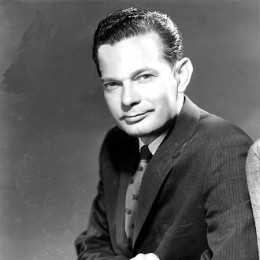 David McClure Brinkley was a newscaster for NBC and ABC from 1943 to 1997. In his entire career, he had received the Presidential Medal of Freedom, three George Foster Peabody Awards and ten Emmy Awards. He was the son of William Graham Brinkley and Mary MacDonald Brinkley. He studied at the University of North Carolina at Chapel Hill, Emory University, and Vanderbilt University and later joined United States Army in 1940.

Talking about his personal life, he was married twice. He stayed with his first wife Ann Fischer for almost twenty-two years and got separated in 1968.

The couple together had raised three sons Alan Brinkley, Joel Brinkley, and John Brinkley from their marriage. After divorce with his first wife he again got married to another woman named Susan Adolph with whom he had adopted a daughter named Alexia Brinkey. The couple hadn't divorced each other it was David's death which made them apart.

She was the first wife of David. They have three sons from their 22 years of marriage.

She is the second wife of David. Personal details about her has not been disclosed yet.

He is the first child of David who was born safe and sound.

He is the second child of David. His date of birth is still unknown.

He is the third child of David who was born healthy. His Birthday is unknown.

She is the adopted daughter of David and his wife Susan.