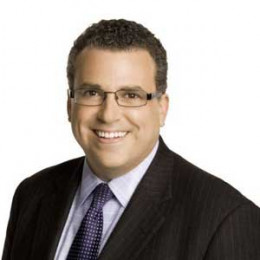 The current CNN political director, David Chalian looks after all the political coverage of CNN. He is one of the successful analysts. He keeps his personal life secret so he might be single. David is now in such position where that he has almost everything. David is also one of the Emmy Awards winner for his outstanding performance on various channels.

David was born on July 1973 to Robert Chalian and Carol Chalian as David Marc Chalian in America. He was born to the Jewish family and raised along with his sister. David is of white ethnicity.

He completed his schooling from a comprehensive high school, Marlboro High School, New Jersey in 1991. Later on, he earned B.A degree from Northern University, Evanston, Illinois.

The great personality, David started his career from NY1 News after graduation. NY1 News is a 24- hours cable TV which also forecast the late nightly news too.

Moreover, after NY1 News, he joined ABC News and became a political analyst as well as political director of the shows like- Good Morning America, Nightline and World News with Diane Sawyer. On the same news channel, he was again in another show, Top line where he co-hosted the daily politics website.

The talented man was also linked to another news channel, PBS NewsHour. He worked as a Vice President for the show, POLITICO.

Chalian laterally joined CNN by replacing Mark Preston as a political director. Mark is now a CNN Senior Political analyst and an executive editor too. Chalian was given the responsibilities of managing political planning operation, day-day reporting, team decision making and so on. He was the political analyst in the shows of CNN including- The Situation Room and New Day.

David flourished his career by working in Yahoo. He served in Yahoo for the Yahoo! News. He worked as directing broadcast in Yahoo. He was fired from the company after his statement towards, Mitt Romney. Mitt is a famous American businessman plus politician. David's statement about Romney was ''happy to have a party with black people drowning''. This news and statement came as a controversy and was made a hot topic by various news channels.

In January 2009, Chalian was awarded by an Emmy Award for Presidential inauguration of ABC news. He also won another Emmy Award for Outstanding Live Coverage of Current News Story.

Despite being a political director and camera friendly person, he might feel uncomfortable and uneasy to open up about his personal life to media. He has maintained a low profile, so there is no such information about his affairs, marriage and children too. So, he might be possibly single.

Chalian keeps his net worth as well as salary confidential. As per CNN, one of the anchors from the channel, Diane Sawyer has $12 million. So, certainly, Chalian, might have a net worth more than $12 million as he is the political director of CNN and his position is apparently greater than that of an anchor.