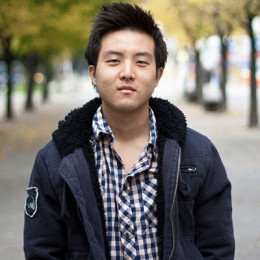 An American musician and popular YouTube video producer who is popular first his first debut album Only You.He is son to Ray and Jane Choi, who are from musical background and they own music store. According to him, when he was small he was forced to learn violin and piano by his parents, though he didn't enjoy it so much. His original pop songs has been broadcasted in many TV channel such as NBC, FOX, VH1, MTV. His You Tube channel have more than 929,061 subscribers. He is also You Tube's 15th most subscribed musician.

Talking about his personal life, he has not disclosed much information regarding his personal matter. He has not disclosed if he has any girlfriend. He is mostly seen making youtube videos and singing you tube cover song with many beautiful fellow youtubers, may be he has secret relationship with one of them. But it is yet to be found out. He is not married till date and has no any child.