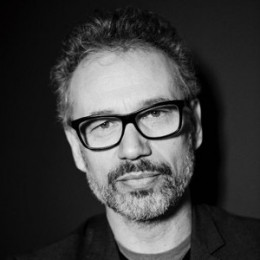 Netherlands Cinematographer, David Claessen is currently married. He married to Taiye Selasi in 2013. His father, a retired three-star general in the US Army, and mother was from Surabaya, Indonesia. David Claessen is best recognised for his work as a cinematographer of 2005 romantic comedy movie "Diary of a Mad Black Woman". He graduated from Nederlandse Televisie & Film Academie. Recently he photographed the First Season of Prentice Penny's series 'The Hustle' and 'Back to School Mom' for Christopher Erskin.

David Claessen was previously, married to talented American comedian and actress, Whoopi Goldberg on 1 September 1986 but they divorced in 1988. After getting separation with this renowned actress, he found his new love as Karen Green. They started dating each other for some years and they married on 16 May 1992 but their happy marriage life ended on 22nd October 2002. After living the single life for nearly 11 years, he again fell in love with the beautiful lady ‘Taiye Selasi’. They married on 13th August 2013. He has not mentioned anything about his children and past love affairs in social sites.

David Claessen married to talented American comedian and actress, Whoopi Goldberg on 1 September 1986 but they divorced in 1988.

They married on 13th August 2013. He has not mentioned anything about his children.Both are happily living their life.