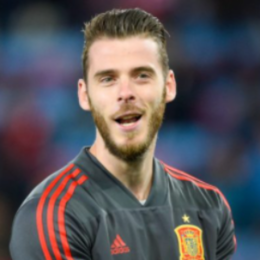 David de Gea Quintana is one of the highly professional qualified names in the world of football. He is a Spanish footballer who plays as a goalkeeper for Premier League club Manchester United and the Spain national team.

Spanish footballer David de Gea is happily married to his long-term girlfriend turned wife Edurne Garcia Almagro who is a Spanish singer and TV Presenter by profession. David and Edurne are, in fact, one of the perfect couples in soccer. Moreover, they started dating in 2014. 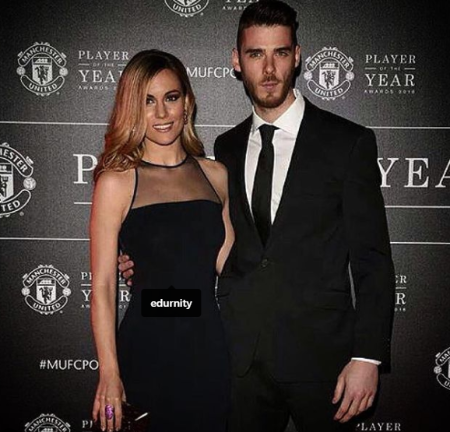 Not to mention, Gea is also a proud father to a beautiful daughter Yanay. Yanay is a name of South American origin that means "my beloved." He and his wife Edurne welcomed their baby girl on 4th March 2021 in Spain.

After the child's arrival, they both captioned pictures with Yanay '4.3.21' completed with a love heart. And, there is no doubt that the hazel-eyed athlete is a loving father to Yanay and supporting husband of Edurne. 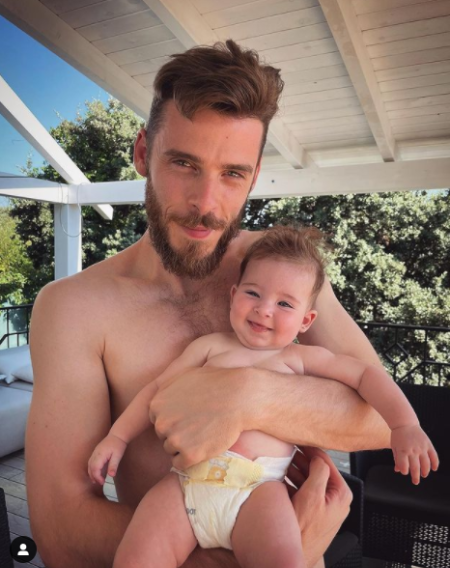 Despite getting busy in their careers, they splendidly manage personal life over professional life. Likewise, David and his spouse Edurne are also spotted together at parties and various sports functions.

There are no extra-marital affairs of David which indicate his happy marriage with his wife Edurne. Other than that, David is also renowned for his extraordinary hairstyle.

David De Gea has an estimated net worth of $17.7 million with a market value of no less than $100,000. The father to Yanay made his million-dollar fortune with Atletico Madrid and Manchester United. He owns a house in the UK that costs $3 million. Gea also drives a Captiva car which was Chevrolet manufactured. The luxury car costs $20,000.

The Spanish footballer is actively involved in philanthropic works as well. He financially helps the needy, handicapped, and children battling chronic diseases like cancer through the manchester united foundation.

David began his career by playing for Atletico Madrid, making his first debut in 2009. Gea played as a goalkeeper and helped his team win UEFA Europa League and UEFA Super Cup in 2010.

At the age of 13, he joined Atletico Madrid and signed a contract in 2008 which he earned because of his hard work. Needless to say, it was hard work and sheer performance that made him a growing star in football and made himself a center of attraction in world football.

Later, Gea's brilliant performance attracted Manchester United and joined the club for more than $18 million in June 2011. He performed professionally and managed to earn a gold medal in 2013.

The Spain under-21 national side footballer also won the European Championship in 2011 and 2013. Similarly, he also showed his skills in the 2012 Olympics and was honored by prestigious awards and rewards. No wonder, today, Gea is currently one of the top goalkeepers in the world.

David de Gea married the love of his life Edurne García Almagro in December of 2010. They are parents to one child.